Today I want to talk about bullying.

My oldest daughter had been acting out for a few weeks.

Fighting with me, going straight to her room after getting home from school, throwing fits at the dinner table. The works.

She is my first teenager. So, having not been a teen for quite some time myself, I figured that it was just typical teenage behavior. I mean, they are all a little moody and emotional, right? They tend to have more ups and downs that those of us whose hormones have leveled out.

After a particularly bad fight I had with my daughter, I was crying and upset. My husband came into our room to console me. He told me we need to get to the bottom of her behavior. Only then did it occur to me that she was likely acting out because she was hurting in some way.

I can’t even begin to express how thankful I am for my husband. He always knows how to fix things. And I’m not just speaking metaphysically.

Of course I had a second breakdown then. Beating myself up for being such a bad parent to just brush off her actions, and not asking her if something was going on. Like clockwork, my superhero partner was there to make things better. He remind me that I am only human and that neither of us have raised a teenager before, so we are both just trying to figure it out. I certainly think he is so far ahead of me in this parenting game, but he knows just what to say to build up my confidence.

Which is handy, because it turns out that’s just what my daughter needed. 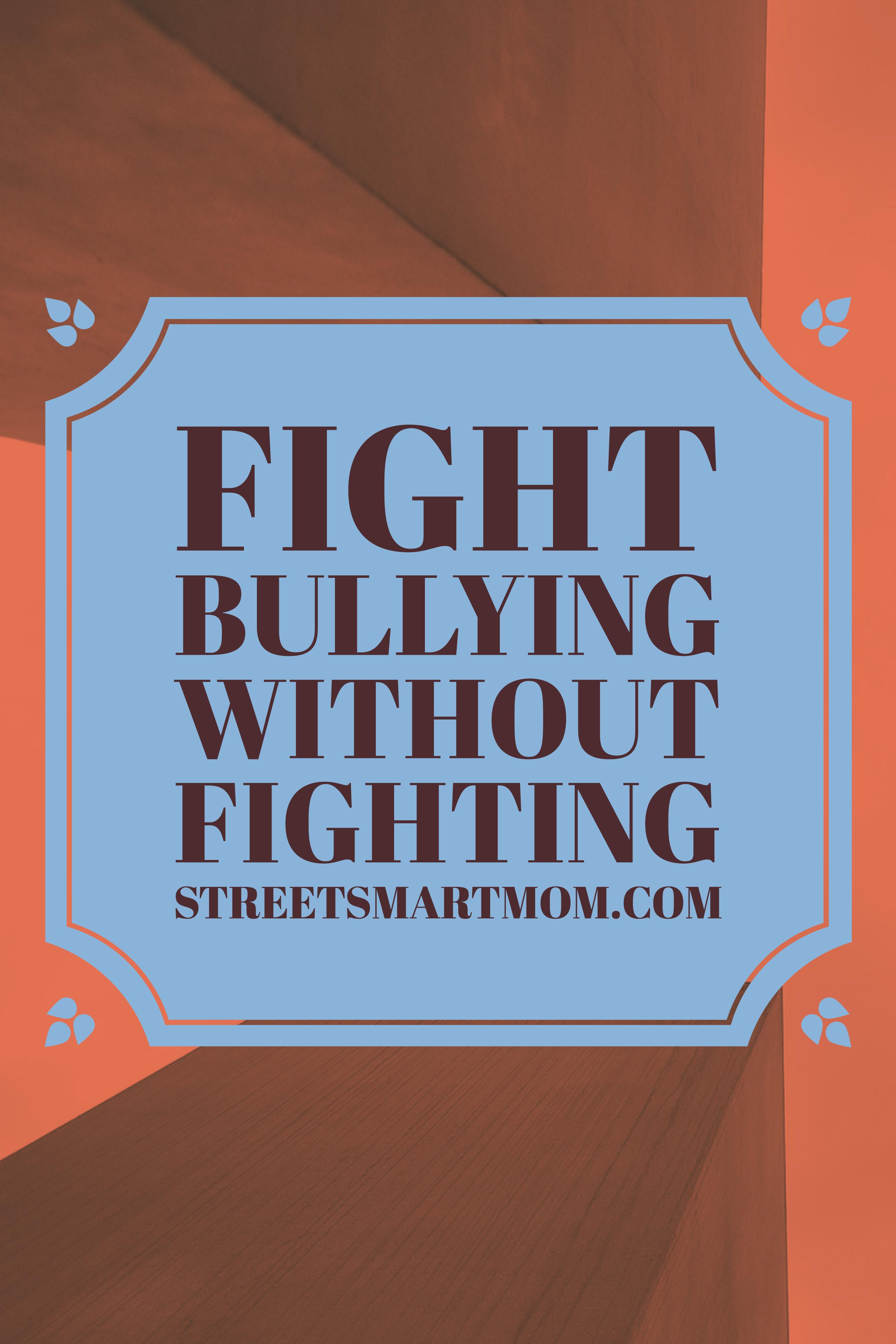 We went into her room the next day after school (so we could all have some time to calm down.) Together we asked how school was. She tried to brush us off at first, but my husband was so persistent and inquisitive–knowing exactly the right questions to ask.

Finally she started crying when we asked about her friends. She told us that she was being bullied by some girls at school, and that she didn’t know why they were picking on her, but that they were going out of their way to spread rumors and trip her in the halls. Girls she typically hung out with.

The Mama Bear in me wanted to go to each of those girls’ houses and scream at them, but that isn’t what would be best for my daughter.

Bullying is a terrible reality. Unfortunately though, that’s precisely what it is-a reality.

So I was faced with two options: I could call the girls’ parents and fight this battle for my girl, or I could equip her to fight for herself.

I would love if kids could all feel loved enough to not have to lash out on others around them. However, as long as there are bad parents, there will be children who bully. And I don’t by any means blame a child for the way their parents treat them.

So how can my kids deal with bullying?

No matter what anyone says to them at school, at home they are precious. My kids are valued and respected. I reminded my daughter that regardless of what they may say about her at school, that I know she is funny, smart, kind and beautiful. And that if she can remember those things about herself, unkind words would roll off her back. Confidence defeats bullying.

We counseled her not to fight back, but to stand up for herself. My husband pointed out that those girls were probably unhappy, and they probably didn’t have a safe place with parents who loved them like we love her. We taught about empathy and the Golden Rule.

I couldn’t believe how she reacted to this conversation. She just hugged us and told us how much she loved us, and how lucky she was. My heart.

The next few days were like I had my little girl back! The crazed, screaming, door slamming teenager had left. She told me that she wanted to bake some cookies for those girls and anonymously leave them in their lockers.

And that made her so happy! So far, there hasn’t been much improvement from her bullies, but she does better to ignore them and be happy anyways. Sometimes she still comes home sad, but on those nights we have special family night, and we watch a movie and eat ice cream. And as healthy as I make my kids eat, they have begun to really enjoy their bad days.

I wish I could be as good as my kids are.

I’m constantly in awe at how much more kind hearted and compassionate my kids are than I ever was at their age.

They are probably more so those things as kids than I am even now!

I don’t know what I did to deserve such a wonderful family. But I hope all moms/wives can love their families this much.

Time To Organize Your Time

‹ To Allow Or Not To Allow-Kids And Allowance › Anxiety Got The Best Of You?