Learning To Be A Better Parent/ Parenting

Unique Ways To Be A Better Parent

You want to be a good parent. You want to do right by your kids and raise quality humans, but sometimes they test your patience. And often feel like you have you aren’t doing well enough. Like maybe you’ve failed them somehow. That’s human nature. We all feel that! I know I do.

Let me share with you a secret: no one is a perfect parent. In fact, no one has any idea what they are really doing until after we become parents. You can read all the books in the world, but until you have to actually put words into action, you can’t really understand.

That being said, we all know the basics. Everyone knows (hopefully,) to be patient and understanding, to be kind, strong, and above all to be loving. I could go on. Basic human instincts when it comes to dealing with other humans. Right?

So what are some things we don’t think about? The things that make you different. And I mean different in a good way! No two people are the same, which means no two people can parent exactly the same. But that’s what our kids need. I tend to be a little more firm with my kids, where my husband usually takes a softer, (and my kids joke more “haunting,”) disciplinary action. Which is not to say that on average, there aren’t general principles that work. Because there absolutely are. But sometimes a little trial and error will lead to you some unique techniques that work better for you.

Here are a few tips that I’ve found useful, that may not necessarily be the norm. 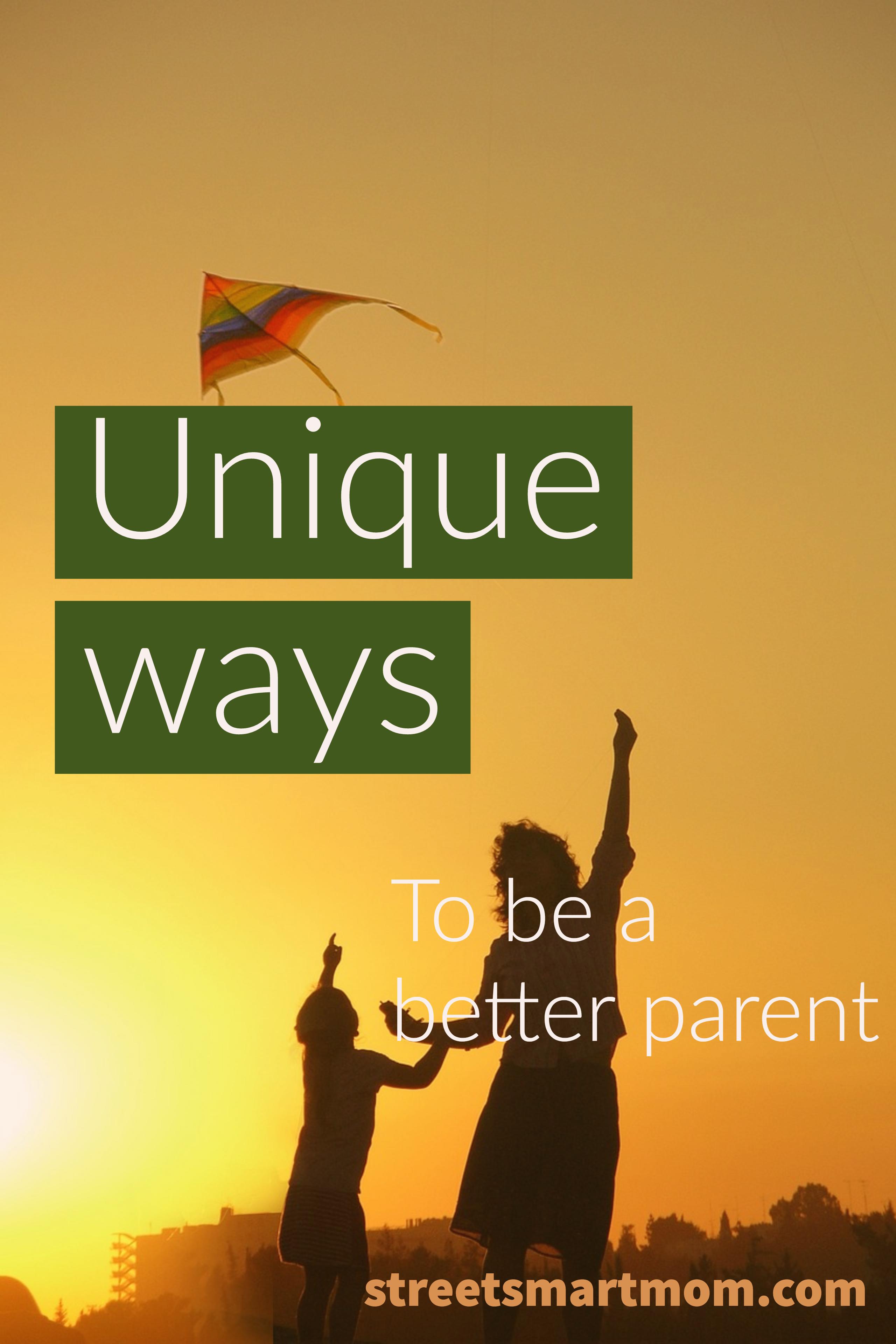 Recently I was speaking with a friend that told me about Humor Therapy. She showed me a video where people participating in such, will stand together, and they will just laugh. Without jokes or comments. Everyone just laughs. And if you’re not feeling particularly gleeful (as is common for people in therapy,) then you have to fake laugh until it brings about the real thing. Which I found to be really funny. So I looked into it a bit, and researched laughter in general. What I found was that people that laugh together have a stronger bond. And people that laugh have less stress, and are overall healthier, with a general better quality of life. So, making jokes and being funny with your kids will strengthen your relationship. It will relieve a lot of stress that parenting can accumulate. Maybe it’s something as simple as a knock-knock joke with your littles, or a lame “dad joke” to your teen. Either way, showing the value of laughter is so important. It can help kids to be creative, social, and properly deal with hardships. And don’t forget to laugh at yourself! A tip that brings me to my next tactic…

Why so serious?! Honestly, lighten up! Everything in the world doesn’t need to be the end of it. Of course there is a time for discipline, and a time for hard lessons, and work, and serious discussions. But that’s not all the time. And it’s not in every scenario. Particularly with your kids. Sometimes, you’ve got to just not care. Your daughter just cut her hair off? Take aways the scissors, but if she looks a little goofy, it’s ok to laugh! It’s been my experience that some battles are just not worth the fight. Likewise, some issues are just not that important in the grand scheme of things. And you’ll find that as you relax more about things, your kid will too. You’ve got to cut yourself some slack and understand how to teach your kids balance. It will be greatly beneficial to all those involved to learn to not sweat the small things.

I’ve had my kids sass me before. Sometimes they have a little attitude. Which is perfectly understandable, because sometimes I have a little attitude. Obviously disrespectfulness is not ok, but a little talk back is healthy. If for no other reason than the fact that it shows to me that my kids are strong headed and have opinions that differ from mine. I hope to raise kids that have their own minds, that question things and come to their own conclusions. It instill confidence that my kids will stand up to being bullied, regardless of it being an issue with my oldest daughter. And hopefully, so far this has been the case, that my kids are less susceptible to peer pressure. Sometimes it may be hard to deal with, but instead of feeling frustrated, I try to take pride in it. Definitely you wouldn’t want this kind of thing to lead to an adversarial relationship with your kids but, when done with guidance, it can teach your children to have strength and a backbone. It can also lead to a stronger bond with your kids because they know that you respect their words and their voice.

I encourage you to try these tips and see if they can help you with your relationships with your kids. Even your spouse! Don’t be afraid to try new things. New things may fail. But they also might work. Remember that we learn more from failure than success. And especially that your kids don’t need you to be perfect… they simply need you to be there for them, to be trying!

What tips work best for you?

Learning To Be A Better Parent /

Why It’s Important To Be Selfish

Staying Entertained While Staying Inside

‹ Staying Entertained While Staying Inside › Mama, You Can Afford A 10 Minute Nightly Beauty Routine For Yourself